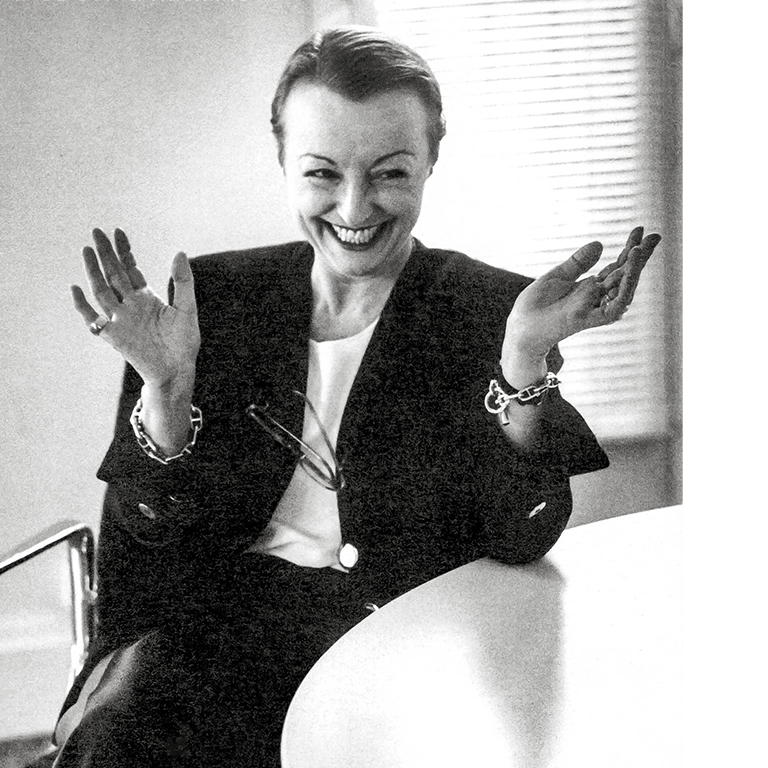 Claude Brouet has dedicated his life to fashion. And fashion has long since consecrated her as the “grande dame” of the profession. The fact is that her exceptional career path took her from the Haute-Couture salons (Chanel, Elsa Schiaparelli, Fath) where her mother worked, to the role of style director at Hermès, via the fashion direction of the two biggest women’s magazines of the post-war period, Elle then Marie Claire.

Eager to pass on her knowledge, she brings back to life half a century of style, an exceptional period that saw the greatest French designers start up and then assert themselves, explode the ready-to-wear market and revolutionise clothing and women’s looks. Claude Brouet evokes fifty years of Parisian chic, both on the glossy side and behind the scenes, with memories, anecdotes, powerful images, reflections, chosen gestures, always precise words and a formidably lively spirit.

Journalist, Claude Brouet started in 1950 with the magazine Vive La Mode. Her mother, couture director at Schiaparelli, then at Fath, introduced her to Hélène Lazareff. She became director of the fashion department in 1965. She joined Marie Claire in 1971 as editor-in-chief of Fashion-Beauty-Cooking. Claude Brouet was appointed Director of Women’s Fashion at Hermès in 1988.

Sonia Rachline wrote her first fashion texts for Marie Claire in the early 1980s, aware that she was working for an exceptional woman, Claude Brouet. Journalist, author, she works since then as a freelance, notably for Vogue.