I have an unrealised exhibition project on Adrian which is closely linked to the beginning of my collection. I want to take care of that and do the book and the exhibition. Azzedine Alaïa 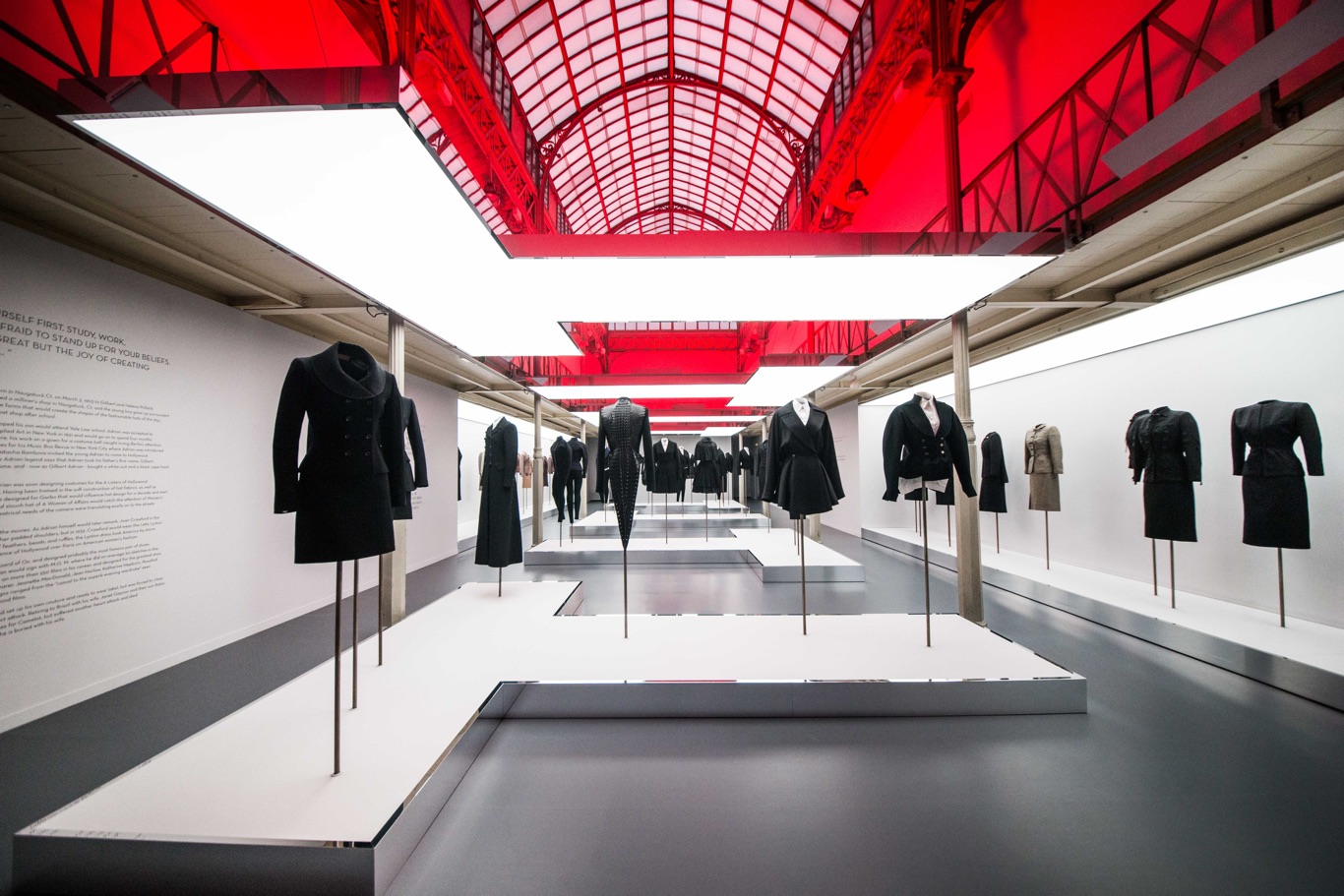 Curated by Association Azzedine Alaïa under the direction of Olivier Saillard, the exhibition highlights the subtle transmission of elegance and style that can happen between two great couturiers even when separated by decades and continents as they both focus on executing the same garments – the construction of the jacket.

adrian and alaïa the art of tailoring - video sylvie delpech

Seen here through touch and exploration of fabric and form, one can follow the unspoken heritage moving from a master’s eye to the hand of another master as only the best of talents can do. Presented in a pairing of a number of suits over the course of their respective careers, two great couturiers share their unique dialogue in fabric and cut.

Gilbert Adrian who would be known simply as Adrian throughout his career,was the head of costumes at MGM n Hollywood during the “golden age” of movies through the 1930’s. His work became synonymous with Hollywood glamour and the silver screen.Adrian’s talent ranged from Jean Harlow’s vamp wardrobe in Dinner at Eight, the costumes for the Wizard of Oz, to his tour de force wardrobe for the entire cast of 1939’s The Women.

So in demand were his designs that in the 1940’s, Adrian left Hollywood to establish a couture design house in New York where his look of the strong tailored suits worn by Katherine Hepburn, Greta Garbo and Joan Crawford established American Fashion during the 1940’s and 1950’s.

Azzedine Alaïa, arrived in Paris in the 1950’s. In spite of his youthful lack of funding his gifted eye for the unique was always open. Azzedine Alaïa started collecting art, design and fashion as he practiced his craft. While only in his 20’s,he purchased an exceptional ancient Coptic head from a small shop to discover only later that it had belonged to the countess of Greffulhe, muse of Marcel Proust, a talisman that stayed with him his entire life.
At the closure of the great house of Cristobal Balenciaga he collected masterpieces he could not stand to see disappear. He was the first to collect Jean Prouvé.

Alaïa would also go on to become a major collector of Adrian’s work.

Artist, costume designer and couturier, Adrian was admired by Azzedine Alaïa for his sophisticated technical constructions, his couture Parisian detail in craftsmanship and cut,his use of fabric and his imaginative wit.

A gentleman sent me a very long letter which said:"Sir, I have the biggest collection of Adrian’s work. and I would like to sell this collection. I think you are the only one who could understand it. I am prepared to give you a good price." He invited me to his house in Philadelphia. There were piles of photographs, paintings, drawings, costumes and a cellar packed with clothes, maybe 500 pieces.’ I looked and saw outfits made for Garbo, Marlene, with their names sewn in, and I said to myself there was no way that all this could be dispersed. Azzedine Alaïa

But it was Adrian’s broad shouldered and narrow waisted power suit of the 1940’s that pioneered a revolution in the way women dressed that most struck the young Alaïa. From his native Tunisia in the 1950’s he had admired the Parisian women as elegant,strong and invincible. The Alaïa aesthetic would grow more powerful from that memory. Alaïa had studied to sculpt and mold, now it would begin to inform his personal style.

In 1979 when in his atelier Rue de Bellechasse, an Alaïa couture customer, the baroness Cécile de Rotschild brought a close friend in:Greta Garbo.The circle was perfect, a milestone in Azzedine Alaïa ‘s life. The reclusive Greta Garbo who had worn the suits of Adrian in the 40’s, had Alaïa sew a pair of trousers and an oversize navy cashmere overcoat. He would often talk about that encounter – a beautiful and powerful woman in flat shoes.
A few years ago,at auction, he was able to buy back the coat he had made for her. Now,a treasured part of the Alaïa collection.

Sharing many sympathies with Adrian in the execution of design, and a shared obsession for perfection in the art of tailoring, Azzedine Alaïa would spent nights around the same black jacket and never be satisfied, looking for perfection. Trained as a sculptor,he became the master of cut and fit.

Alaïa’s fashion collection of masters of couture is one of the strongest departments in the Association Azzedine Alaïa’s archives, along side Azzedine Alaïa’s own work. The present exhibition is a selection from a small part of Adrian’s work collected over the years by Alaïa.

In conjunction with the exhibition, two films will be shown highlighting the talents of Adrian and Alaïa :

–A view to a kill, 1985 – a James Bond movie, where Azzedine Alaïa made the costumes for Grace Jones as the character May Day.

making of from the exhibition adrian and alaïa, the art of tailoring - video sylvie delpech 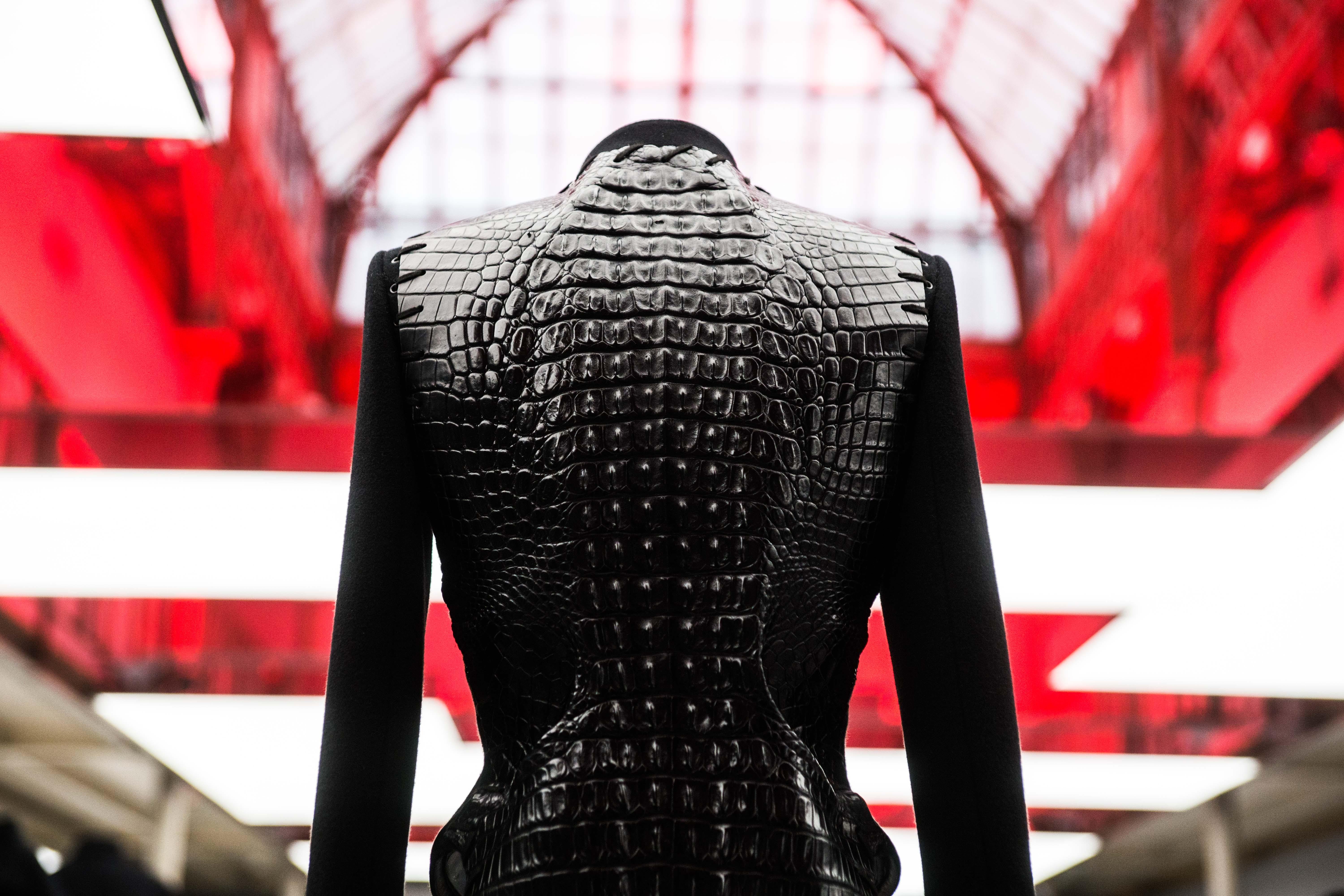 adrian and alaïa : the art of tailoring