What excited me was to attach my name, and the world of haute couture, with this brand that represented bargain clothing and bargain prices. Azzedine Alaïa

Azzedine Alaïa, an other way to look at fashion - video ilvio gallo

Azzedine Alaïa’s curiosity for exploring all things new and unique is legendary. His wide-ranging interests in art, architecture, music, and global cultures would often bring forward new and unexpected insights into both contemporary dialogue and the tempo of the times.

Fashion and art always influenced his approach to couture. So it was not unusual that in 1991, art once again opened another path, expanding the world of Alaïa’s fashion. As always, his eye saw the pulse of the times. Inspired by his friend Julian Schnabel’s paintings, Alaïa took couture to the street.

It happened thanks to my friend Julian Schnabel, he wanted to make paintings with the vichy check fabric that was in fact the signature emblem of Tati. Azzedine Alaïa

Alaïa’s spontaneous and fresh approach to fashion led him to create what would later become a marketing model – collaborations between high fashion and street fashion – appearing for the first time on the Alaïa runway with the Tati collection.

As he would later say when asked about the Spring Summer ‘91 collection, the Tati collaboration gave him “ Une autre pensée sur la mode ”.

With Tati I learned many things, another way to look at fashion. Azzedine Alaïa

Prior to 1981, Alaïa enjoyed the rarefied world of couture. With his small and unique Maison at rue de Bellechasse, he created one of a kind clothing for the French high society. In 1982, with the release of his ready-to-wear line and founding his company under the label Alaïa Paris, his design approach evolved to incorporate a wider clientele. This gave him far greater recognition in the world of fashion and the reward of two Oscars for Best Designer. Even from this expanded point of view,nothing coming from the Maison Alaïa at this time would ever be considered in touch with Les Plus Bas Prix.

So it was to a stunned audience that Azzedine Alaïa introduced the Spring-Summer collection of 1991 – now called The Tati Collection – in which he used the trademark pink and white vichy check print fabric of the popular shopping store Tati, where every day Parisians would hunt for the best bargains. Les Plus Bas Prix. The history of the Tati stores was a part of Paris,part of the vibrant democratic life of the city, and a part of his own journey from Tunisia through the working class neighborhoods where the Tati checked pattern could be seen. On trips home to Tunisia, Alaïa would see stuffed into the luggage bags of his fellow Tunisians the egalitarian colors of the pink and white vichy check print.

To join his world of Parisian couture with the streets of Paris was his pride. In conversations with Tati for the use of the pink and white fabric, Alaïa discovered the founder of Tati was also a Tunisian. He would add the black and white and the blue and white patterns,something new for Tati, exclusive to the Alaïa collection, and he would offer his designs to customers at the lowest price in a small collection consisting of a bag, a t-shirt,and a pair of espadrilles to be sold at Tati stores.

The Alaïa – Tati print collection is today seen as legendary in the history of fashion.

making of from the exhibition Azzedine Alaïa, an other way to look at fashion - video sylvie delpech 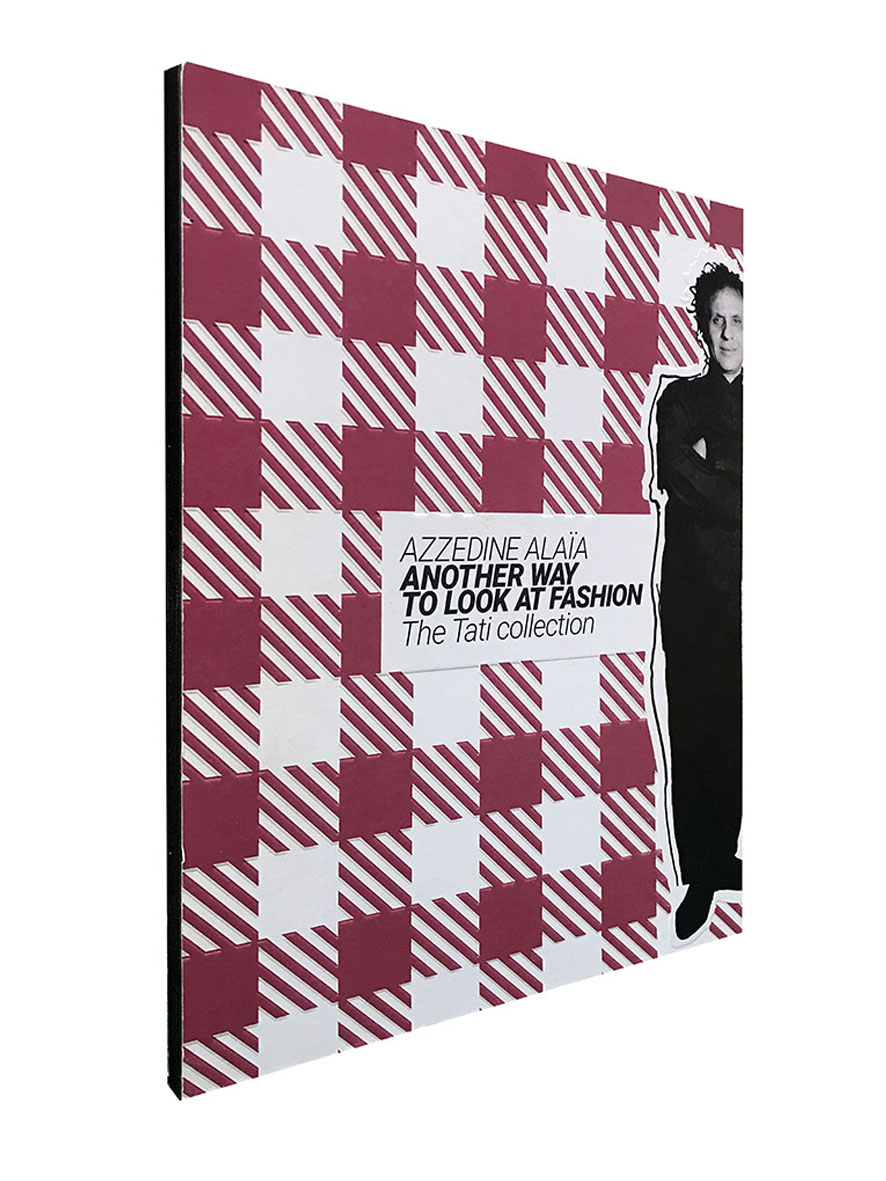 Another way to look at fashion : the Tati Collection