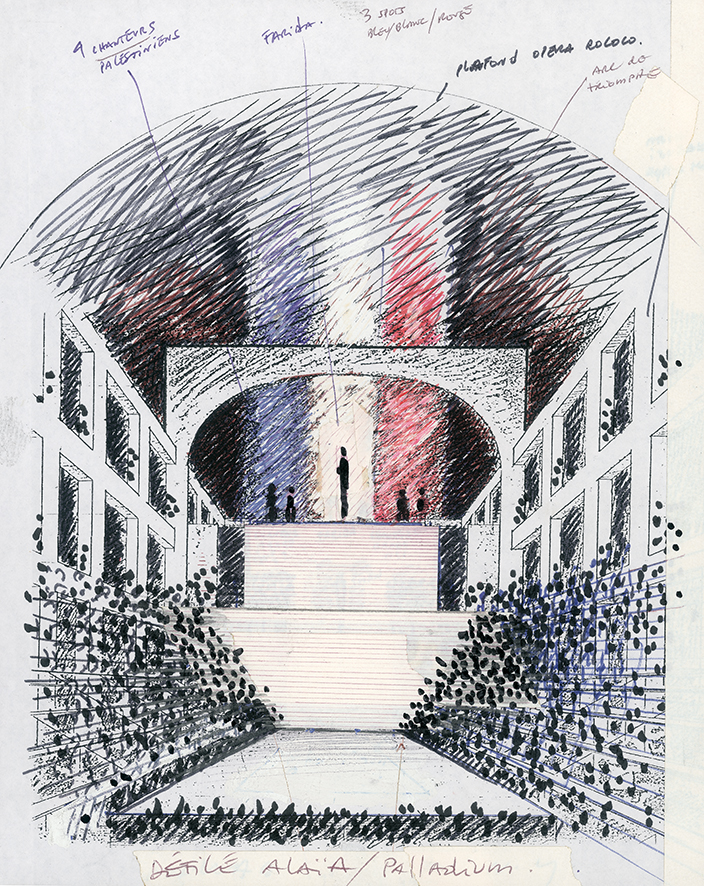 One of Azzedine Alaïa’s most memorable runway shows was held in New York at the Palladium in 1985. The owners of the legendary nightclub, which was refurbished by Andrée Putman, offered Alaïa their space and enabled him to design a runway show in collaboration with Jean-Paul Goude. This presentation was unique in the sense that Alaïa rarely ventured outside of his private Parisian atelier to present his collections, as they were usually shown privately outside of the official fashion calendar.

Fifty-two models, including Farida, Iman, and Yasmin Le Bon, participated in the Fall/Winter Collection show, but the most impressive part of the event was the number of attendees. There were more than 1,500 guests present which included fashion figures and personalities such as Andy Warhol, Keith Haring, and Joan Rivers, alongside designers Stephen Sprouse and Giorgio Sant’Angelo, among others. Everyone dressed in black following the dress code indicated on the invitation.