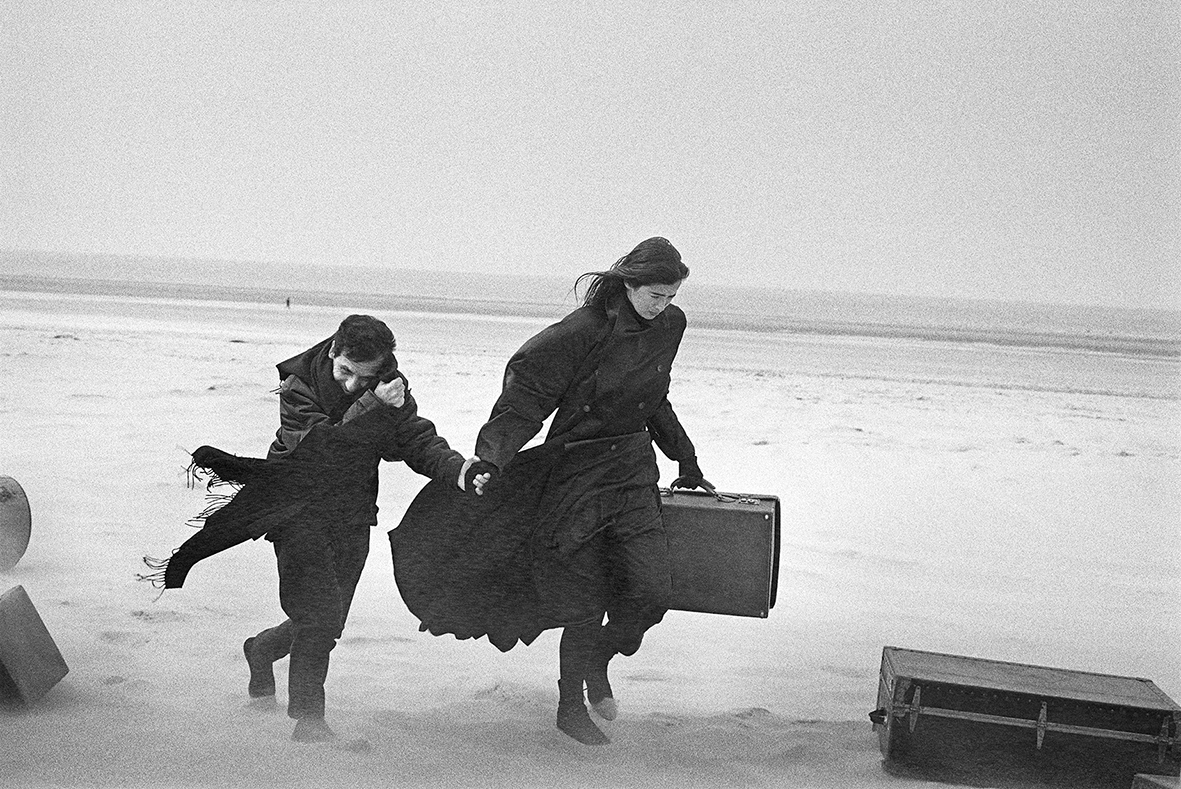 For its first exhibition of 2021, the Foundation is proud to celebrate two great talents who made history in photography and in fashion.

The works of Peter Lindbergh and those of Azzedine Alaïa have been brought together and dialogue with one another in a community of spirit that has never weakened.

Like the artistic confluences that united Richard Avedon and Christian Dior or Yves Saint Laurent and Helmut Newton, Peter Lindbergh and Azzedine Alaïa found a common territory where each of their expressions seeks to reflect the other’s.

Without saying a word, the photographer and the couturier were united by their love of black, a love that they would cultivate alike, be it in silver print or in solid color garments. Lindbergh ceaselessly turns  to black and white to signify his search for authenticity in the faces he brings to light. Alaïa draws on  the monochrome of timeless clothes, veritable sculptures for the body.

Each of them finds there in this impression of poetic realism that magnifies the subject before satisfying their own creative ambitions.

Despite their geographically opposed origins, Lindbergh and Alaïa pursued similar horizons.  Raised in Duisburg, a town located in Germany, at a looking distance from the Netherlands, Peter Lindbergh trained at the Krefeld School of Applied Arts. Azzedine Alaïa studied in the sculpture department  of the Beaux-Arts in Tunis, the town where the couturier grew up. The white chalk façades that reflect  the shadows of passers-by became a part of Alaïa’s Tunisia. The architecture of Duisburg, an industrial and commercial town, provided the photographer’s setting, as did the Dutch beaches that he visited frequently. Both men shared a taste for grand horizons, whether of the Mediterranean or of the North, and where the use of solid blacks often creates a complicit dialogue.

Whilst Lindbergh’s reputation in Germany was growing, notably thanks to his work in the magazine Stern, and he set up his studio in Paris in 1978, Alaïa was the couturier shrouded in discretion whose sophisticated techniques were a secret whispered amongst the most important clients of Haute Couture. Soon,  this young German man taken with a passion for noble photography and this young man of Tunisian origin wielding his scissors with lightning precision would write some of the greatest chapters of the history of Parisian and French fashion. 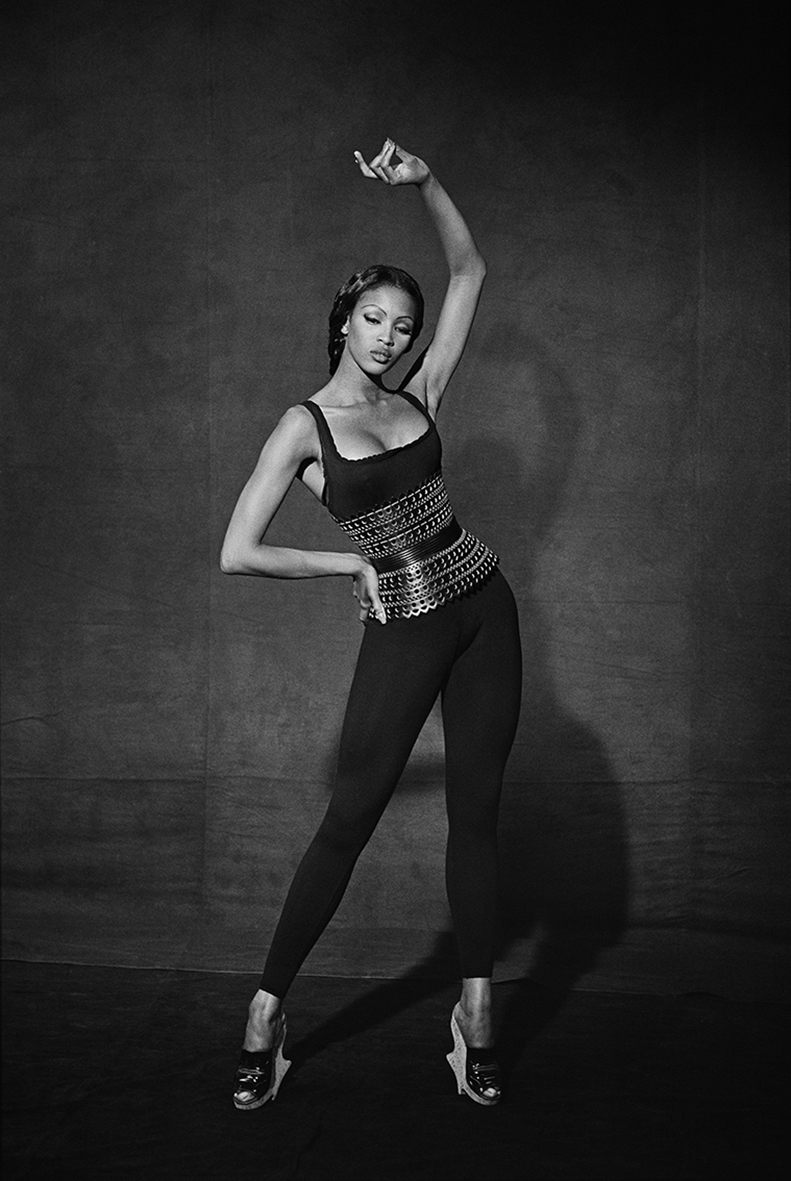 Almost simultaneously, Alaïa became the architect of bodies, revealing and unveiling them, while Lindbergh distinguished them by shining a light on their soul and personality. Step by step they became the creators that dominate their respective disciplines. Both reject any artifice that distracts from the true subject and it is with great ease that they come together over a number of powerful collaborations.

As is the case with the true greats who feign the absence of obstinance, simplicity is their playground. A beach in Le Touquet, the streets of old Paris suggest shared inspirations of black and white cinema and vast panoramas. The metal roof beams of an engine room, the foundations of the Eiffel tower illustrate the memory of an industrial German landscape for one and reference the inordinate passion for functional design and architecture held by the other.

Through the visages that they both magnify, they accomplish their great work in this strange rapport of the disciplines that attempt to efface themselves in order to better reveal the other.

Alaïa’s clothes, according to the wishes of the couturier, must act as pedestals for the smiles and the eyes of the women, icons and supermodels who wear them. For Lindbergh, who has built his notoriety  on the images of these great models, the authenticity of their traits is all that matters. Both have been the great passionate artisans of their faces.

Under the glass roofed gallery of the Azzedine Alaïa Foundation at 18 rue de la verrerie, the setting for so many photographs, and intimate runway presentations, under the metal beams of memories,  the works of Peter Lindbergh and Azzedine Alaïa will converse with one another again, on the occasion of a unique exhibition. 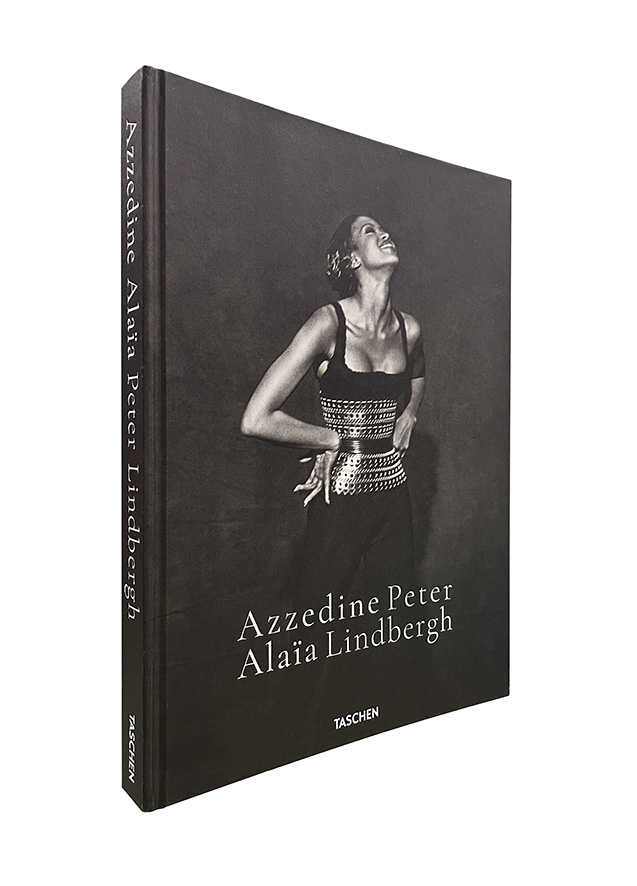