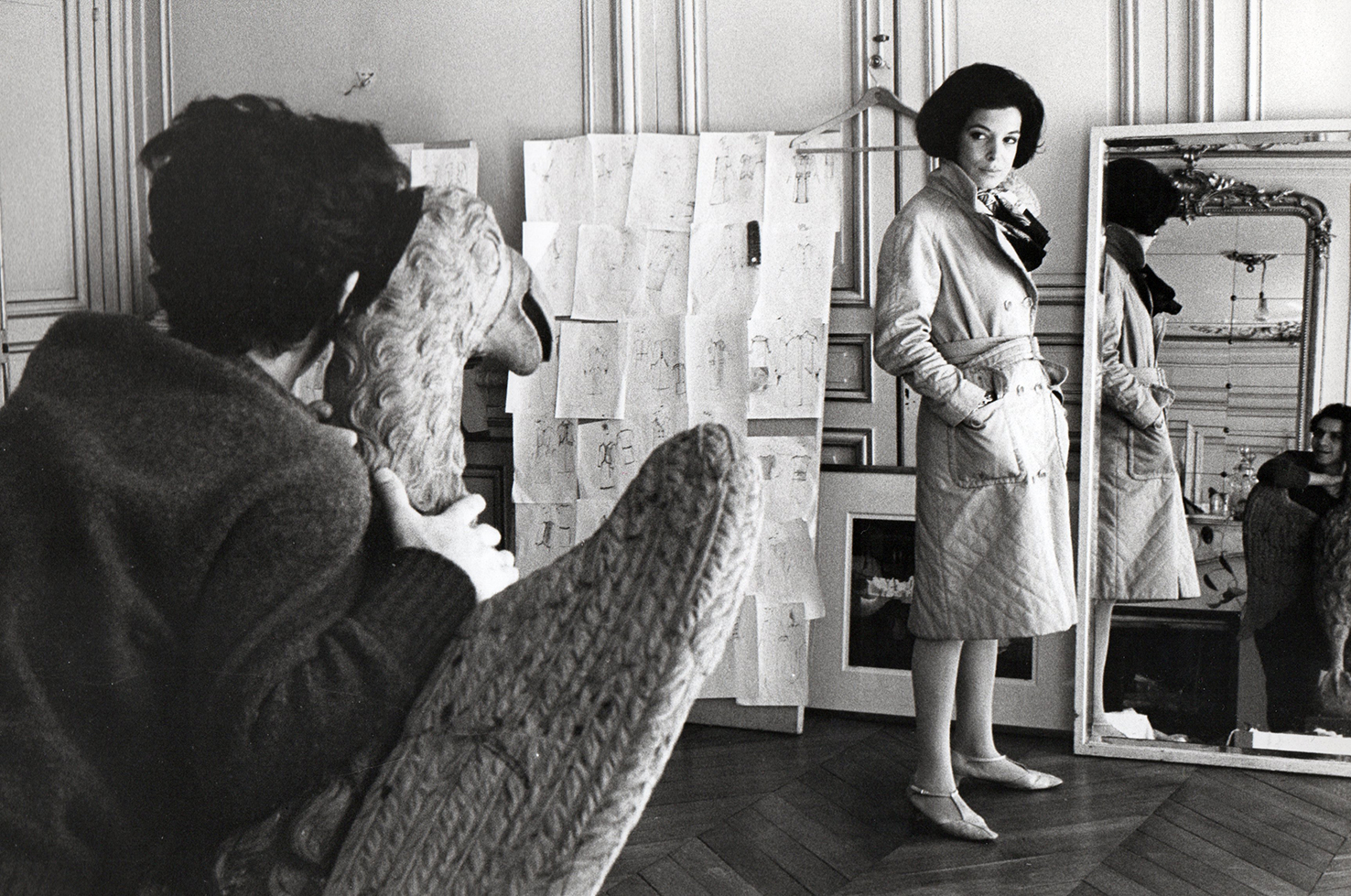 “I never had the feeling of having one day met Azzedine, he always seemed to have been a part of my life forever. My mother noticed his talent very early on.”  Leila Menchari

The life paths of Leila Menchari and Azzedine Alaïa have been intimately intertwined, united by an uninterrupted amicable and affectionate relationship which started very early on in the life of the designer.

While the young Azzedine Alaïa was still a student at the School of Fine Arts in Tunis, Leila Menchari’s mother showed him, in person, a benevolence that would give him the reassurance to one day move to Paris.

Leila, a young School of Fine Arts graduate, was also on the verge of moving to the French capital to subsequently become a model, illustrator, and artist. She would later become one of the most famous creators of the window displays at the Maison Hermès.

Leila and Azzedine lived together in Paris and cultivated a strong bond spirit and creativity. Together, they both seized on the unique opportunities provided by their surrounding social and artistic networks.

More often than not, Leila Menchari, with her ease in social situations, was able to accompany, support, and encourage the aspiring couturier Azzedine Alaïa even during the most vulnerable and fragile moments at the Maison Hermès. Leila acted as a force of consistency in the artistic balance of the couturier. As Alaïa’s lifelong friend, she was involved in all of the important events in his life and was endowed with a strong personality. She was able to open Alaïa to other artistic perspectives while being a witness to his career and a driving force to his ambition. 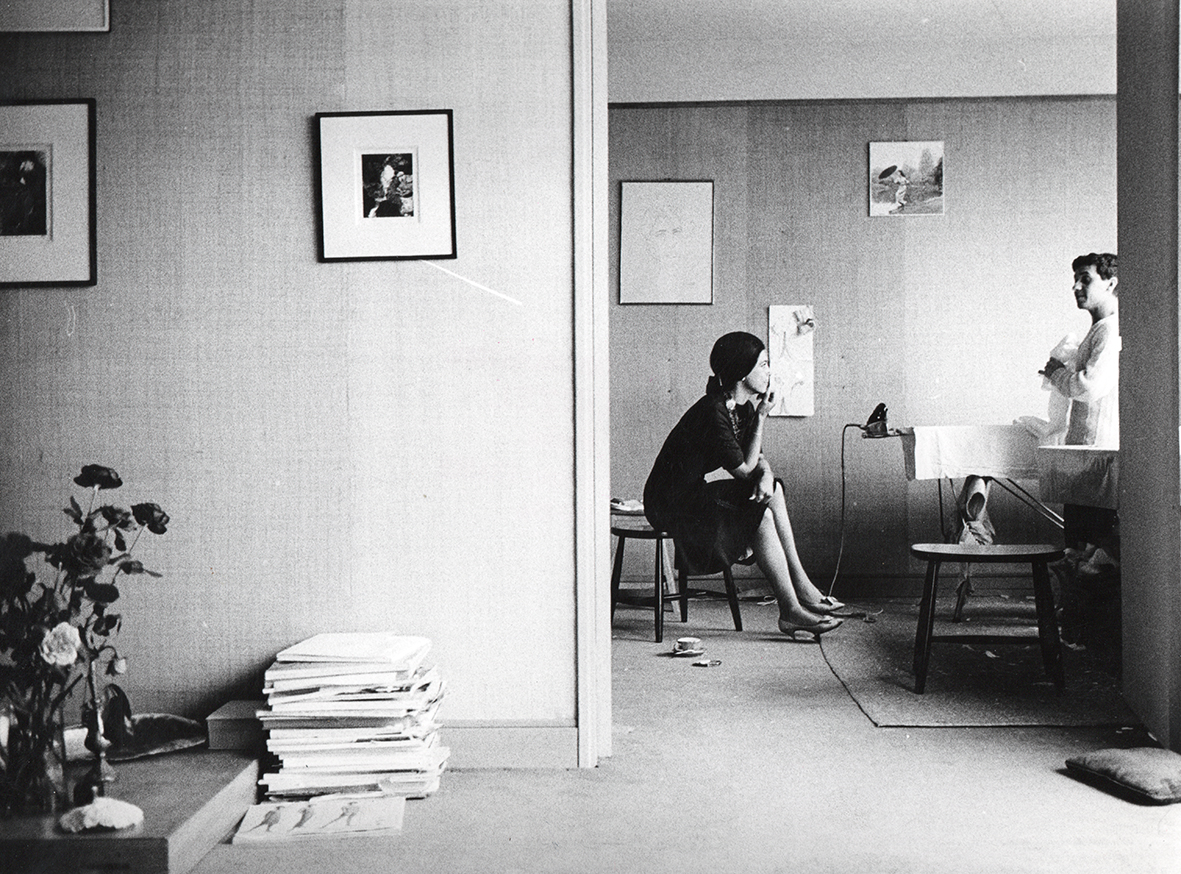 The mother of my childhood friend, Leila Menchari, knew a Dior client and asked her to help me get into the Maison. Azzedine Alaïa

“How could such a shy young boy, coming from the middle class, visited neither by European people nor the bourgeoisie, dressing the dolls of his sister Hafida, find himself frequenting high society?”  Leila Menchari

“With his best friend, the soul mate of the late Azzedine Alaïa, we would often meet up together. Each meeting with Leila and Azzedine was a unique and unforgettable trip to the land of refinement and beauty.”  Jack Lang, former Minister of Culture, President of l’Institut du Monde Arabe, extract  from his tribute to Leila Menchari, April 6, 2020. 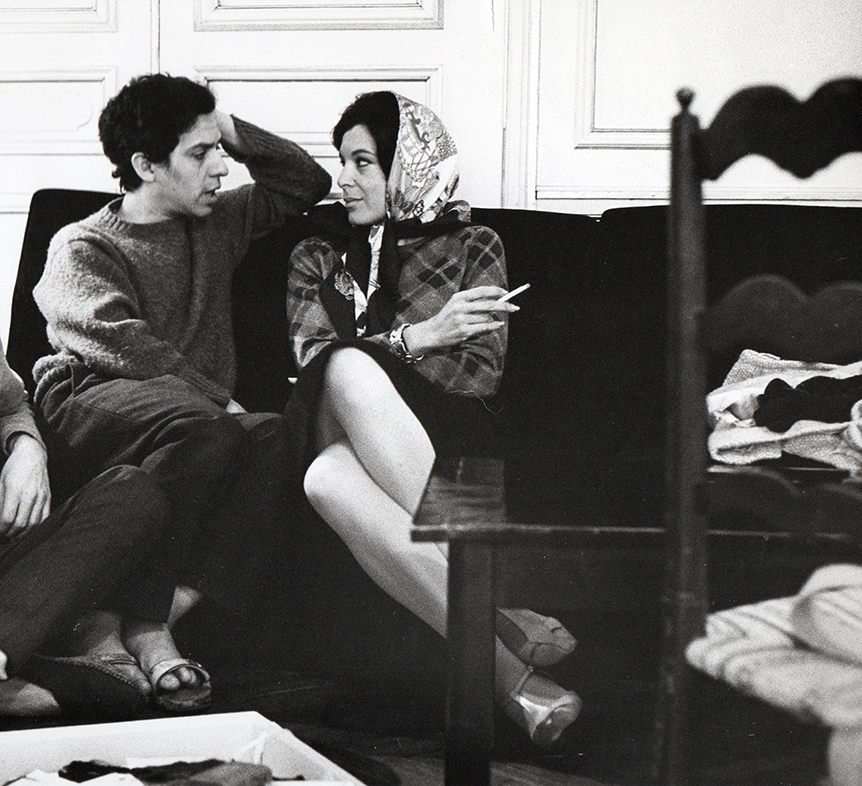 United by an unwavering friendship, Leila and Azzedine were committed to defending and promoting shared interests, including:

• The identification, promotion and support of different forms of Tunisian, and more generally Mediterranean, craftsmanship and know-how;
• The emancipation and defense of women’s causes in Tunisia and the Mediterranean;
• Accompanying and supporting young talents and Tunisian fashion designers, which will later extend to the entire African continent.

The Leila Menchari Endowment Fund and the Azzedine Alaïa Foundation are both working towards common objectives. At the wish of Leila Menchari, this fund is chaired by Philippe Ginestié and supported by Mrs. Aïcha Ben Abeb, who has maintained great bonds of friendship and intellectual complicity with Leila Menchari for over 30 years. Both women believed in investing in and representing Tunisian women in the world of art. This fund will participate in the promotion of Tunisian art and craftsmanship, the promotion of women’s status in Tunisia, and undertaking charitable operations relating in particular to the sectors of health and education in Tunisia.

The objectives of “The World of Leila Menchari” endowment fund are:

– Transmitting the memory of the life, work, and style of Leila Menchari;

– Transmitting the memory of the success of two Tunisian immigrants in France, Leila Menchari and Azzedine Alaïa, emphasizing the similarity of their respective approaches and destinies;

– Undertaking actions which promote the knowledge of the work and values of Leila Menchari in connection to those of Azzedine Alaïa;

– Participating in the promotion and status of women in Tunisia;

– Undertaking charitable actions in Tunisia that may relate to health and education in particular.